Viareggio, along the Versilia Coast

a town with a "liberty" soul

If you are interested in catching the cultural aspect of Viareggio, most of its liberty and historical buildings are located along the above-mentioned promenade, and consequently easily reachable by foot.

One of the most captivating and wonderful examples of the local liberty architecture is the Gran Cafè Margherita: you could stop here for breakfast, a cocktail, lunch or dinner - food and drinks are always simply delicious ... even if they are a bit expensive.  But then you are also paying for the refined, sophisticated ambiance which will remind you of a country club during the 1920-30’s, when people like the musician Giacomo Puccini or the physician Guglielmo Marconi used to "hang out" at Margherita. 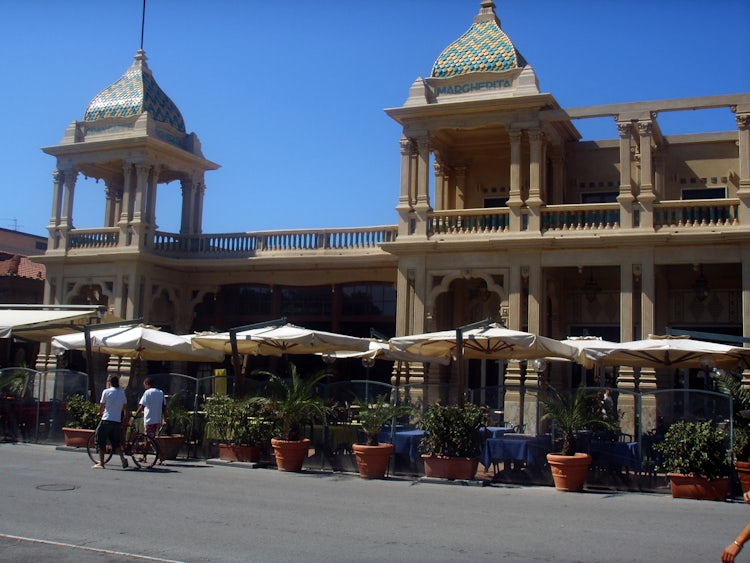 Tower Matilde - dating back to the XVIth century, it was built to protect the city from sea incursions and pirates!  It represents the core of Viareggio; it is located just in front of the first little harbour built in the 1820 and today it is home to many art and cultural exhibitions. Stop and visit both Palazzo Bernardini, built in the 1700's by a prestigious family from Lucca and Palazzo Belluomini, the summer residence built in the 1600's for a well-to-do family from Lucca.

Viareggio has gained its popularity all around the world not only for its Carnival celebrations but also for housing some of the most ancient and peculiar bathing establishments along the Versilia coast: the liberty façade of the Bagno Balena (Whale Bath) is renowned worldwide, together with the Magazzini Duilio 48 and their typical rounded shape.  Many of the bathing establishments are from the early 1920's, though they have been modernized to include showers, pools, restaurants and games for all ages.  A vacation that makes its base around Viareggio will always have easy access to the clear beautiful waters that characterize this area; search here for places to stay in or near Viareggio. 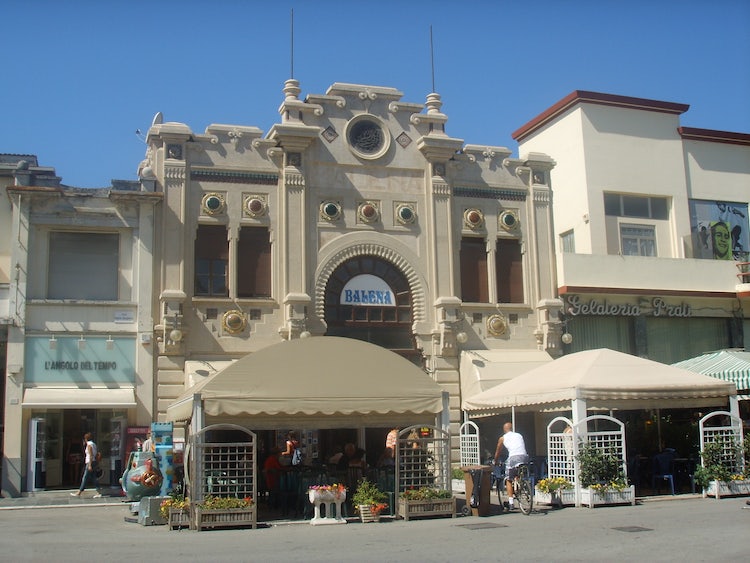 Keeping on walking along the promenade (also known as La Passeggiata), you’ll bump into the Clock Tower and Piazza Mazzini Palazzo delle Muse and the home to the Viareggio art musem, located right next door, houses more than 3000 works of art. Here many Summer and outdoor events usually take place: in front of the square,  you’ll find the characteristic Burlamacco statue, the universal symbol of the Viareggio Carnival.  First depicted in 1931 by Uberto Bonetti  he used the colors of white and red to recall the colorful summer umbrellas along the beach.

Moving towards the final part of the promenade running alongside the dock, you’ll find the famous Politeama Theatre and if you keep on walking, you reach the lighthouse, a suggestive panoramic point. Gaze upon the blue waters of the Mediterraneostretching in every direction ... it is truly impressive! The harbour is located at the end of the Burlamacca canal and is composed of 6 different darsene - docks - each housing different kinds of boats. 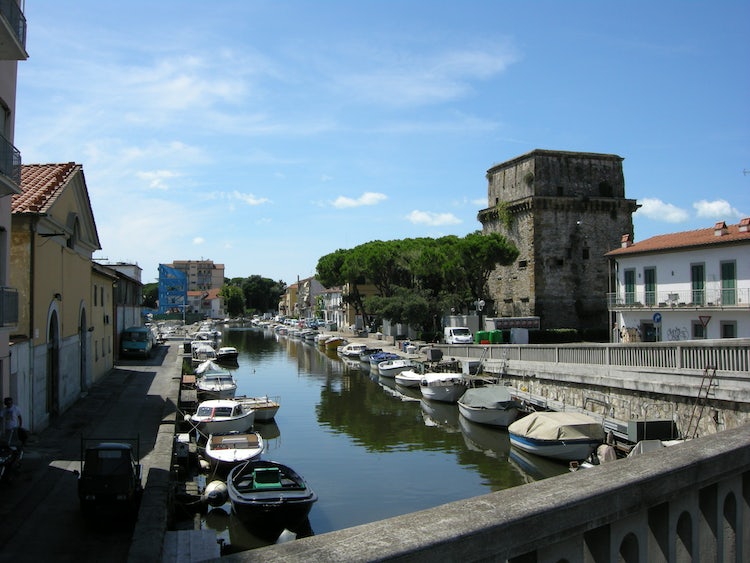 Moving - still on foot - a bit towards the back of the city, Villa Paolina - that used to be the Paolina Borghese’s  (the sister of Napoleone Bonaparte) summer home, it is now home to the Musei Civici di Villa Paolina (Villa Paolina Civic Museums). Maybe you could leave the visit of Villa Paolina  - together with Villa Argentina, another wonderful building to see - on your way back to the station or at the end of your discovery of Viareggio.

I suggest that you enjoy the outdoors by picnicking under the shadow of the green pinewoods; Viareggio boasts of two large forest areas- Pineta di Ponente and Pineta di Levante - both offering bike and tandem rentals, bars, gelaterie and tables for enjoying some food or resting a bit.

Viareggio hosts one of the most famous carnivals in Italy. Learn...

Where to Park in Viareggio

Park-and-ride facilities seem to be the...