Saving a Tradition in Tuscany

There is one thing you learn rather quickly in Italy: there is a law about everything. In some cases, this can put a stick in the spokes of a well running machine and slow things down to a snail’s pace – or in some cases, these laws could be what stand between historical preservation and the loss of tradition. 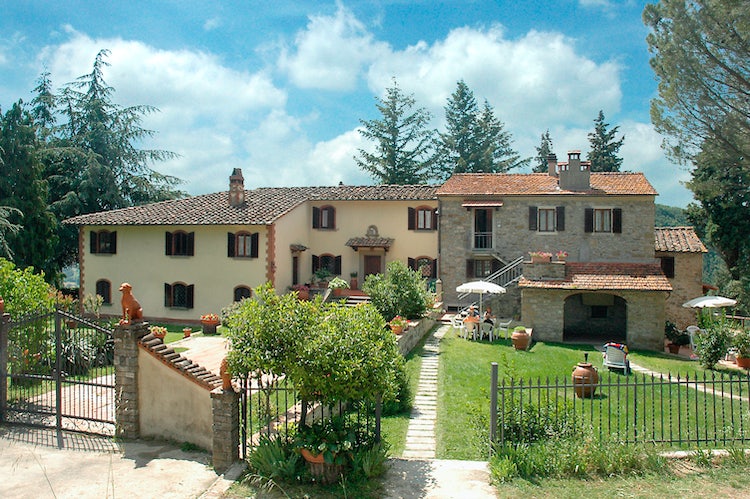 Driven away from their homes

In the case of the restoration of a Tuscan casa colonica, better known in English as a Tuscan villa, the laws about restoration are tedious, confusing and… a lifestyle saver.

In the economic push that came shortly after WWII, families moved in droves from the Tuscan countryside. They pretty much left their homes in order to pursue employment in the work-filled city centers. These abandoned homes dotted the countryside and with the passage of time they were inhabited only by grandparents, who made their way back to their origins, or occasional vacation with their grandchildren or, in some cases, just the field mice.

Second, third and even fourth-generations began trickling back into the countryside to “put in order” their inheritance in the late 70’s early 80’s. Many times it was barely possible to recuperate their family homes which were abandoned so many years before. Homes that were once solid with terracotta roofs and walls 40-50cm thick, were beginning to give in to the forces of mother nature and neglect.

It didn’t take long before the authorities saw that all the good intentions to reclaim these Tuscan villas would eventually lead to a hodge-podge of architectural interpretation... putting at risk the picturesque landscape which was quickly becoming one of the more famous characteristics of one of their economic pillars: a vacation in Tuscany. Many of these villas & farmhouses have been renovated conserving their characteristics, many of which are now avaialble as holiday rentals so you can stay at an authentic Tuscan villa for your holiday in Tuscany. 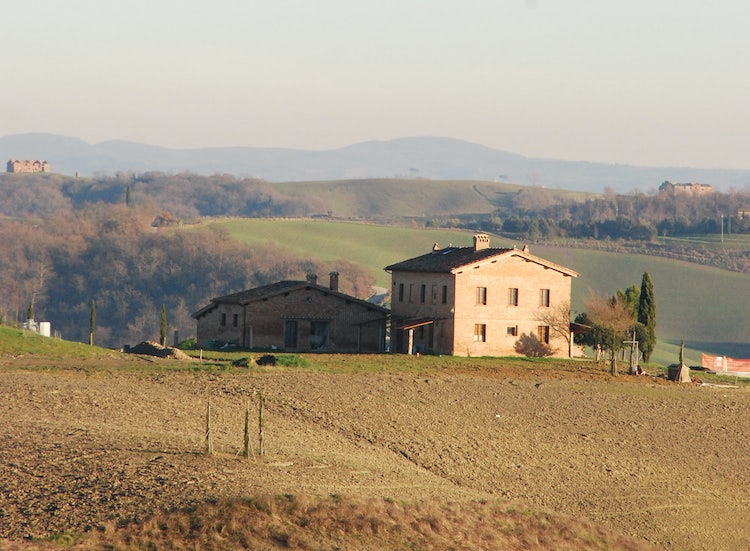 Tuscany's Heritage was at Stake

The regional government soon put in place a series of laws about how to restore these Tuscan villas. The main objectives of these laws were to maintain safety not only for the inhabitants but, also to preserve the integrity of the vacation villa standards in the region of Tuscany. 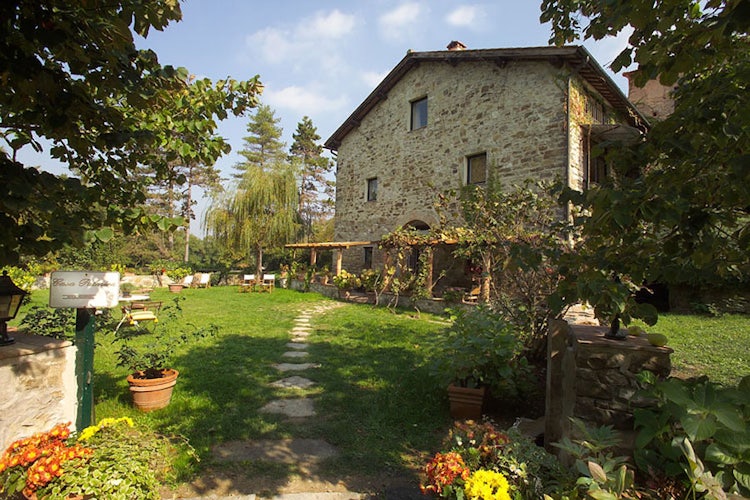 These rules and regulations, as tedious and confusing as they may be, are probably what preserved the charm and traditional architecture of this central region of Italy from being totally obliviated by personal style and architectural interpretation.

The laws regulated things like expansion, windows and material used in renovating the homes. Many times, I would visit a villa and listen to the owner explain how they searched the archives until they found documents that portrayed the façade of the house where you could clearly see where the original windows and doors once were - even the color of the shutters was pre-determined!

If over time these openings had been sealed off then without this proof it would have been impossible for them to be reopened and thus create more luminous areas. Or they would tell me about how long it took them to scour the land registry looking for documentation about the square meters of the villa, barns, stables, etc., because the law allows restructuring and adding space only as a percentage of what the original buildings were.

The Blueprints for Traditional Tuscan

The traditional Tuscan styled countryside villa (sometimes better described as a farmhouse), as a rule, was set on two floors and was built of either a local stone or terracotta bricks… and in many cases, a mix of both, depending on the availability and cost of the raw material. Generally, many of these villas were both a home for the family as well as any farm dwellers: the ground floor served as the stalls for the cows, horses and sheep and the first floor was where the family resided. Before, the survival of the livestock was essential to the survival of the farmers, so they were kept close... and in the colder months, when heating came from just the fireplace, a little extra body heat in the rooms below was an added plus.

Normally these two floors were joined by an external stairwell, which ended in a mini terrace where many times you could find the “forno al legno”, the wooden oven. Since going to the local store was not an option, these farmhouses and villas had to be self-sufficient; the families needed to be able to bake their own bread, grow their own food and butcher and cure their own meat.

What distinguishes the Tuscan casa colonica from other types of Tuscan villas?

These villa-like structures were made to last and they were made to be highly functional – though not necessarily elegant. The beauty of these buildings came with careful restructuring and a renewed appreciation for our ancestor’s geniality. The interior of these homes will include a huge fireplace, sometimes even large enough to sit inside and they will many times be framed in pietra serena, a local soft limestone often used when carving was required. These focolare (fireplace), served not only as a source of warmth but also for cooking. Other traditional traits of an authentic Tuscan villa are the thick wood beam ceilings and terracotta floors. 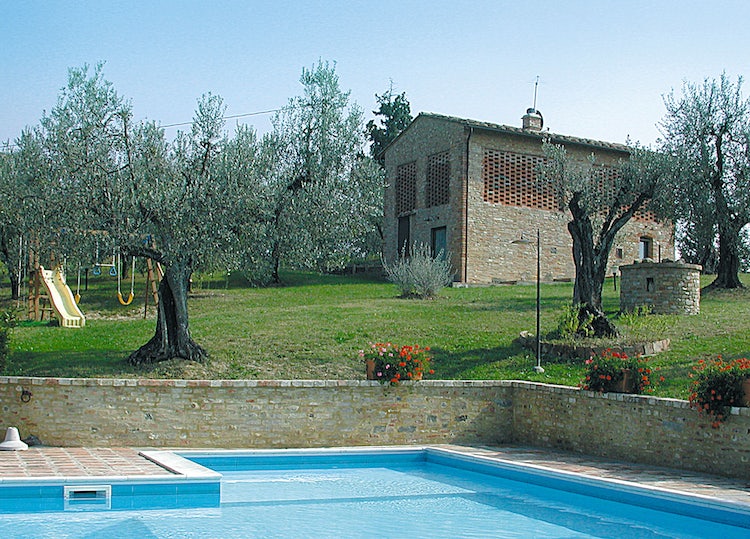 In addition to the main house, a fully functional farm would also include several annexes such as a fienile, or what is known as a barn, a porcelaia (the pigsty), and an aia better known as the courtyard. These structures are normally restructured as garages, garden sheds, patios and in many cases vacation villa rentals on their own right. The Tuscan barn, or fienile, was destined to hold the hay harvested in the fall.

This classic structure is characterized by being a 2 story building with a loft area inside and large windows covered by a brick lattice, designed to allow for ample air circulation to keep the hay dry and fresh. Next to the standard Tuscan villa, which can easily house from 6 – 12 persons, the fienile is the most typical annex used as a holiday villa rental. Of course, there are glass windows inside nowadays but the brick lattice remains as a decorative touch, as well as maintaining the original look of the structure.

Are you looking for a villa rental for your vacation in Tuscany? Then take a look at all of the various options on TuscanyAccommodation as far as villas go.

The Battle of Anghiari

A brief overview of Florence's history,...

A Brief History of Tuscany