Watchtower at the Foot of the Mountains

Half way between Prato and Pistoia, Montemurlo sorges above the road that connects the two. This small commune is surrounded by the Tuscan-Emilian Apennines that face Florence and hides a beautiful limestone military fortification.

As you pass by, if it seems to be a town like any another other small town then, you are making a grave mistake. Let your eyes roam the landscape starting with the modern city center at the base of the hill, as you follow the road that leads to the top, the Rocca, an ex-military defence will peek out from behind its curtain of green fauna. Trace the curve of the hillside until you are able to see the full silhouette, strong and majestic. Hidden behind beautiful large trees, olive groves and fruit trees, the Rocca was included in the Marvels of Italy in the event of the 150 year anniversary of uniting of Italy. 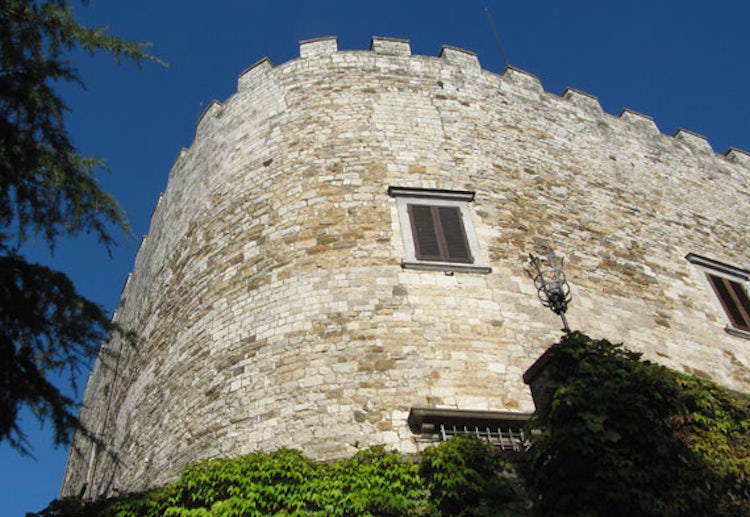 The Rocca, was noted well before the year 1000. The findings of an Etruscan stele ( a tombstone with an Etruscan warrior) found on the site (a copy of which is now preserved on the hilltop) was the first clue that the position was strategic. This demonstrates that the fortification was not built in a place "recently" become important, but on a road that had been travelled for years and years with trade starting with the Etruscans and Romans.  The Rocca was a fortified tower in Medieval times and became a residence during the Renaissance. The soft corners, for fending off dangerous explosive invasions served it well as did the internal water collection system, still in use today. The “Cantina” of the Rocca is a small museum housing a special collection of large farm tools and if you have the opportunity to explore it, you can admire the oldest part of the military fort. 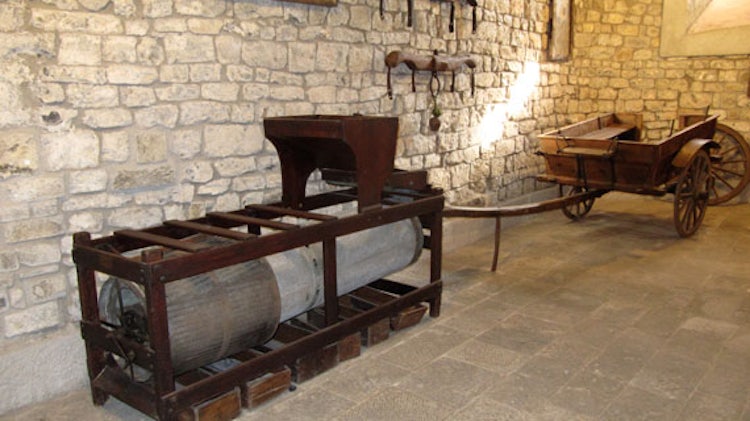 I discovered this mystic world, in the occasion of an art show which was held to bring to light several pieces by the Christian Banti, a noted painter in the Macchiaioli style, from the second half of the nineteenth century, who broke with tradition and choose to paint outdoors in order to capture natural light, shade, and colour. Try to imagine this hillside in the 1800’s as Christian would have seen it with a group of artists from the infamous Cafe Michelangelo in Florence; they would have compared notes, inspired each other, discussed, ate and breathed their work in the panoramic countryside where you find Villa Barone and from where you can clearly see the hilltop Montemurlo.

If you can hold on to this idea while you walk around the park and gardens surrounding the Rocca, you may be able to capture a sense of the excitement these artist felt as they used natural light to set the stage for their art work. How romantic it would be to return to those years in the 1800’s and a lifestyle that was made up of the rhythms of the land, the people far from the frenetic life of today. 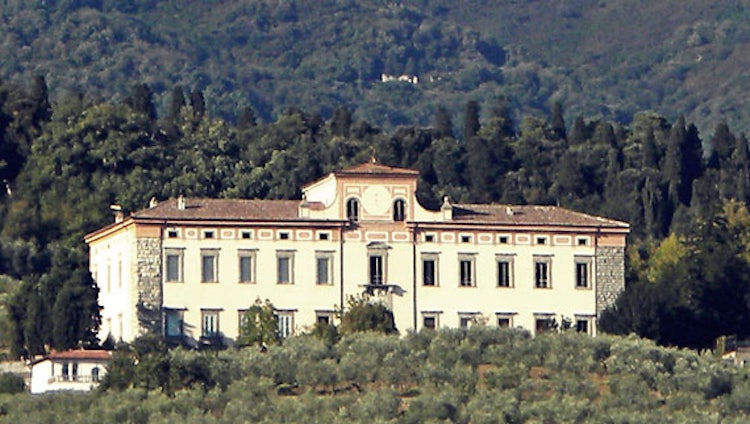 The Villa Barone from the 1500’s has changed hands many times, but it is Bartolomeo di Filippo Valori who is primarily responsible for the symmetric and majestic building we see before us now. Enjoy a good ghost story? Tradition tells us that in December it is possible to see the ghost of the daughter of the Baron, who when it was discovered she was with child before she was married was closed in the villa and left to die. Unfortunately you will have to take the locals word for it because the villa is not open to the general public unless there is a special event, like an art exhibit or an initiative by FAI to visit antique gardens throughout Italy. Another legend tells that Dante Alighieri in 1285 followed a well hidden trail, but was refused entry. 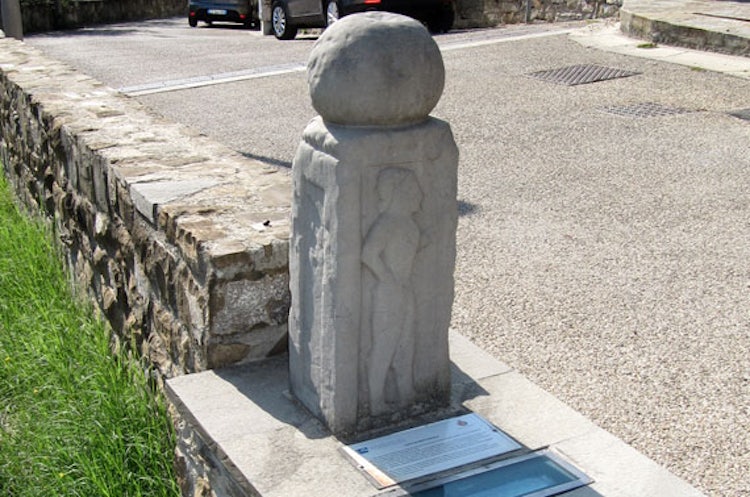 The Life at La Rocca

In the picturesque square of the Rocca, you will be able to see the Pieve di San Giovanni Decollato, built in 1085 and 1096 - though there are documents almost 100 years earlier that attest to its existence, in any case it is a special place that is shrouded in sacred mysteries.  If you would like to visit this church and the import relics that the church has in custody, then plan on the middle of June until the mid of September when it is open every Sunday afternoon. Plan a walk up the hill, enjoy the scenery and the panoramic views of Prato, Florence and Pistoia and a visit to the church, the square and sometimes, even the gardens of the Rocca are open to the public.

The dominat hieghts of Montemurlo not only allowed the military defenses to keep an eye on traffic travelling this important road of trade but, even today gives us a birdseye view of Florence (the Giotto's Tower and Brunelleschi's Duomo), Prato as well as the neighboring hills: Monferrato and Calvano (called that becuase of its "bald" hill top).  Since it held by a private owner the Rocca is normally not visitable, however there are special occassions when it open there is the Festa dell’Olio (22 of November, 2015). Or you could simply enjoy a leisurely meal at Taverna della Rocca, a restaurant at the top of the hill which offers a menu rich in local specialties. Be sure to reserve, and definitely ask for a table with a view.

There are several other structures which are worth a drive-by, even if they are not open to the general public unless in special circumstances such as: the church of Sacro Cuore, Villa Pazzi al Parugiano, Villa di Galceto and Villa Strozzi. 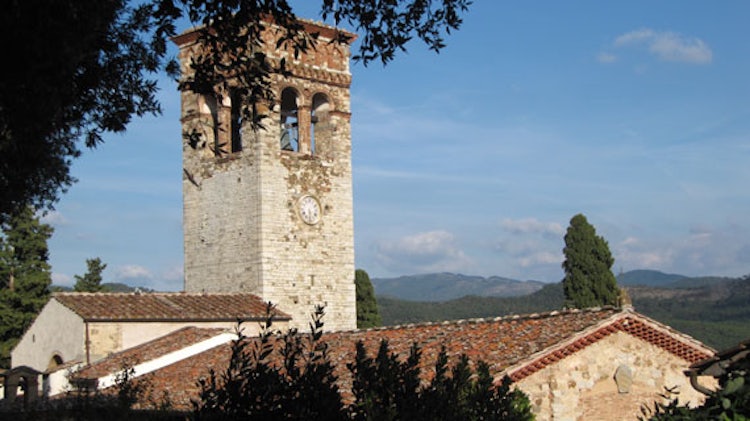 Must sees in Prato

Explore Prato's historical center with our recommendations and...

Discover the main events which take place in...

Enjoy Prato after hours at the wide selection...

Explore the Medici villa at Poggio a Caiano,...

Visit one of these 6 green parks, adventure...