Visit Buonconvento in the Crete Senesi

Buonconvento is a small delightful village in the Crete Senese. It has app. 3000 habitants and a small, but attractive historical center where the church, the town hall and two museums are established. 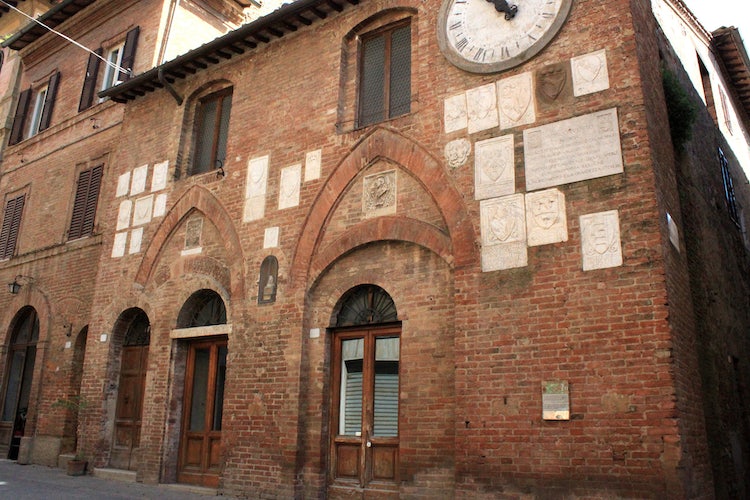 The heart of the historical center is Via Soccini, where most restaurants, café’s, the church, the town hall and the Religious Art Museum are located. The façade of the old town hall is still covered with 25 crests of the Podestas (mayors) who ruled Buonconvento until 1270. Of interest is the current town hall, where a stone tablet on the wall shows the result of the 1860 plebiscite which sanctioned Tuscany’s unification with the kingdom of Piedemonte as well as a tablet set up in 2011 for the 150 years anniversary of the union of Italy showing the results; 698 out of 717 voters in Buonconvento voted for the union, 17 for separation and 2 blank. Further down the road, you can visit the church, which is small but gives a good break from the hot summer sun.

Though partially destroyed in WWII, the little town of Buonconvento is almost completely surrounded by walls built starting in 1371.  They served as necessary protection since Buonconvento, as its name suggests, (translated to "happy place) was positioned well for trade and commercial activities.  After it suffered several invasions, the wall was built with 9 watch towers (seven of which are still standing) and only two gates with thick wooden doors with iron fittings: Porta Senese on the northern side, toward Siena, and Porta Romana on the south, destroyed in 1944 by the retreating Germans. 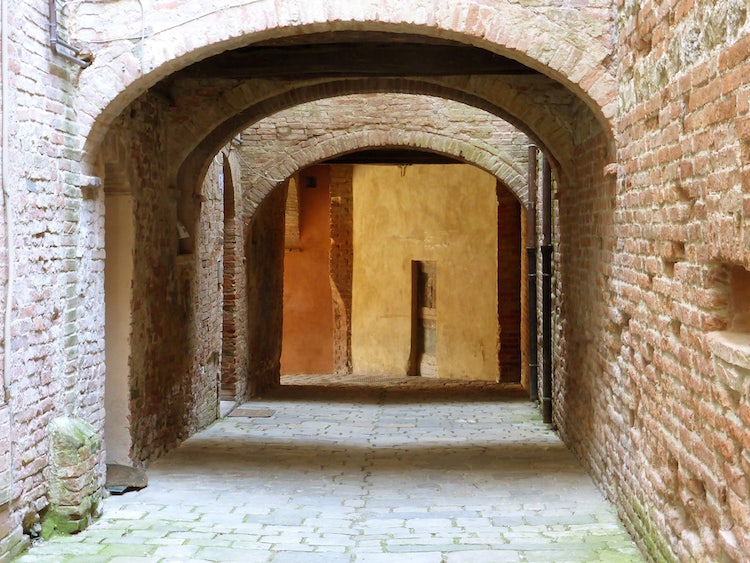 Stay in the area

Buonconvento and the Crete Senesi make a great base for visiting southern Tuscany and Siena. Check out rentals by owners reviewed by our team and book your stay direct at the best prices.

Besides the two museums in Buonconvento, the Religious Art Museum of the Val d’Arbia and the Museum of Sharecropping, a leisurely stroll around the small but picturesque city center will reveal the typical red brick architecture and several quaint corners for photos. Palazzo Comunale, or Town Hall, with its attractive brick front, and the imposing Palazzo Taja, built entirely in brick in the latter half of the 1700s by a noble family. On the southern side the façade is enlivened with a large balcony with a wrought iron railing and a sundial above.

The completely rebuilt church Chiesa dei Santi Pietro and Paolo has its origins in the early 1100's now boasts typical and graceful red brick facade.  This is the very church where emperor Henry VII died 24 August 1313 while trying to bring peace to the Guelph and Ghibelline factions.  There are several pieces of artwork, even one from Duccio di Boninsegna, which are now located in the Religious Art Museum just a few passes away. 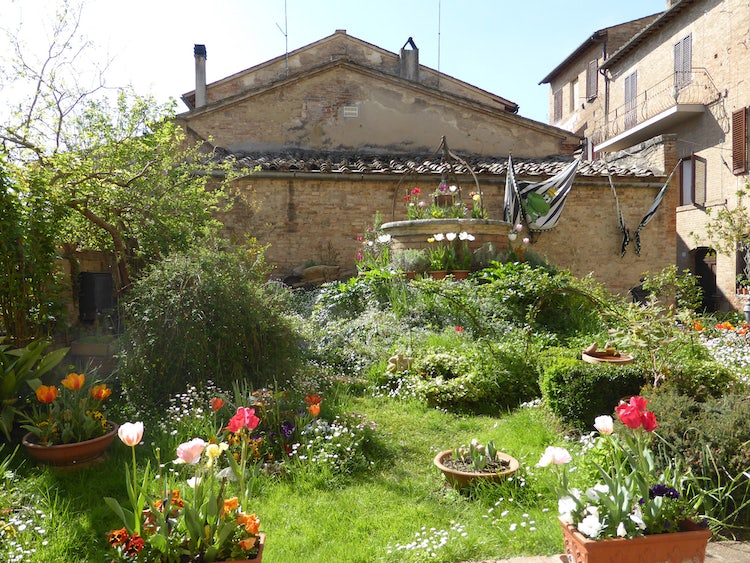 Here are the hours, from July to September, for each museum:

Entrance is €3 per museum or €5 for a combined ticket.

The Religious Art Museum at Via Soccini 18 houses a collection of religious art from the 14th to the 19th century collected from the churches in Val d’Arbia. You will find icons on wood, images of popular devotion, works of goldsmith and wall coverings.

The Museum of Sharecropping is located at Piazzale Garibaldi representing the traditional lifestyle of sharecroppers. It includes archival documents and multimedia workstations that describe the social and cultural aspects of sharecropping. You will also find the reconstruction of an old country house. 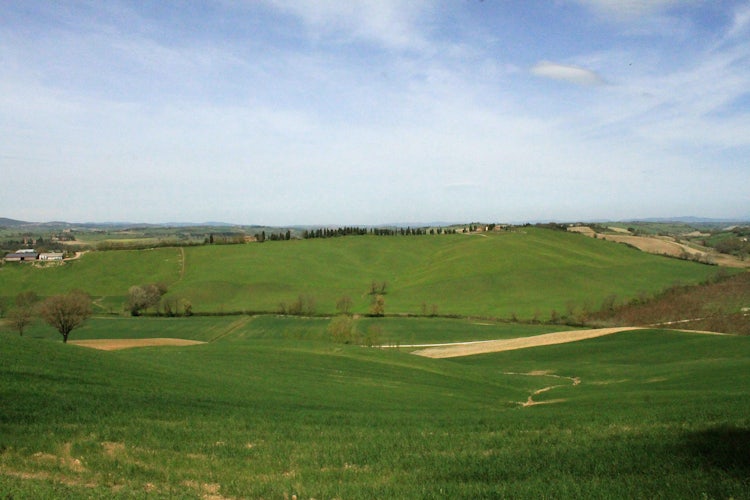 Buonconvento can most definitely trace its economic importance to its prime position for travellers on the Via Francigena, where it was almost a "must" to stop and rest here before moving forward.  This town makes up part of the trails (Leg 13) which have recently been restored and it is here that "pilgrams" today, who are venturing forth in the Ombrone Valley, will find places to eat and rest before contining this "leg" of their journey.

Before leaving Buonconvento make sure to take a look south, to enjoy the view of the hill-top town Montalcino with Monte Amiata as a backdrop.

Traveling without a Car

Helle is a Danish citizen currently living in Siena with her Rwandan husband and their one-year-old son. She has lived in several countries around the world and loves to explore every part of the place she lives. She is in the process of exploring Tuscany, especially Siena and its surroundings, and would love to pass on her experiences.

Podere Cunina is a charming farmhouse a few minutes outside of...