A side trip in the Siena Countryside

Serre di Rapolano is a characteristic small hilltop village surrounded by walls in the border of the area called Crete Senesi to the south of Siena. It can easily be reached from Siena in less than half an hour as it is near the highway Siena-Bettolle or you can include it in a tour in the Crete as it is only about six kilometers from Asciano. 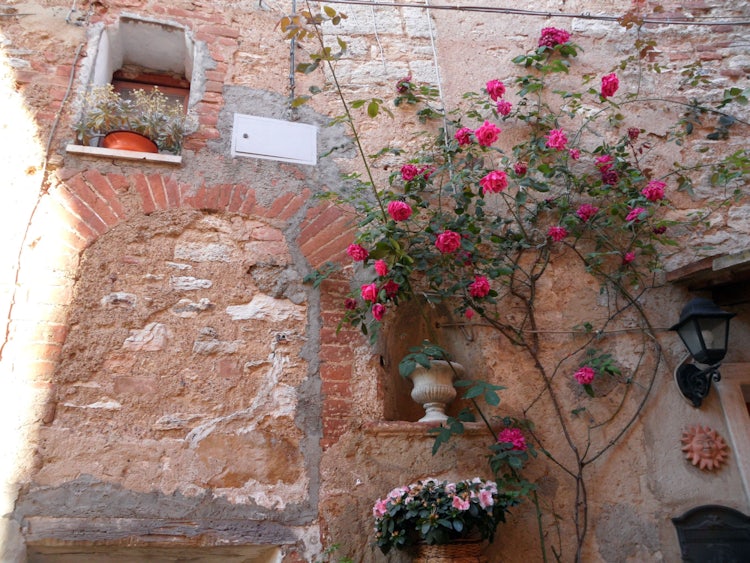 This area makes a perfect base to explore all of southern Tuscany, including Siena. Check out rentals by owners reviewed by our team and book your stay direct at the best prices.

Among peculiarities of this area are the travertine quarries. Travertine is a form of limestone deposited by mineral springs and it is used as a construction material in many buildings of the village.

Serre di Rapolano is part of a municipality of Rapolano Terme, known for its hot springs, so after a visit in the historical center of Serre you can spend the rest of the day relaxing in one of the nearby spas! 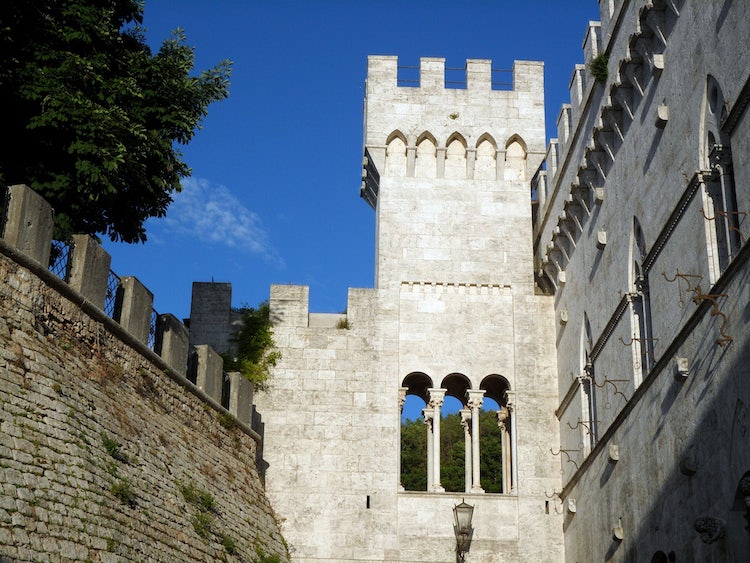 In ancient times, the village of Serre was famous for its Grancia, an old-style fortified farm/granary, which belonged to the Hospital of Santa Maria della Scala in Siena. It was part of many properties the hospital owned in the territory around Siena, you can see it by the emblem of the stairs above the door tells the importance of this institution. Today, this 13th century building hosts a museum that documents the history of the ancient fortified granaries (le Grance) belonging to the Hospital of Santa Maria della Scala and the ancient working process of producing wine and olive oil. 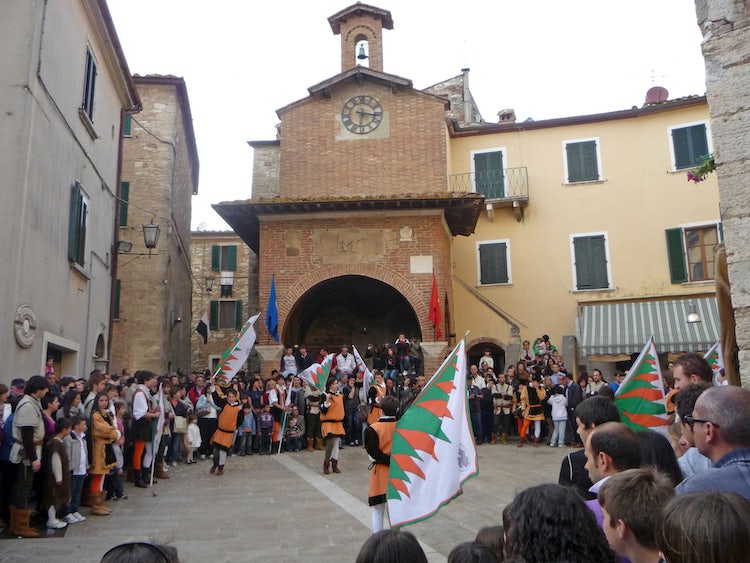 May is a good period to visit Serre di Rapolano, as during two weekends in the middle of May there is a traditional medieval spring festival Serremaggio. The name of the festival, Feast of Ciambragina, tells the tale a spouse of a wealthy Sienese merchant in the 14th century who lived in Serre.

During the festival, you can assist a medieval atmosphere everywhere in the village, taste medieval style food and sweets (and modern pizza too!), buy some handicraft products and watch performances of a different kind. The people of the village dress up in medieval costumes and parade through the streets to represent the inhabitants of the village of the past times and groups of dancers show ancient dances. You can find musicians and jesters around the village to entertain the visitors. 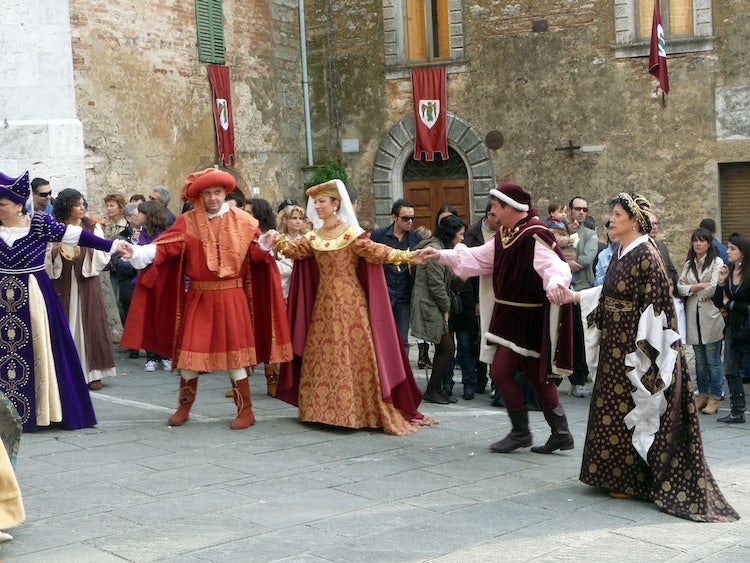 I suggest visiting Serremaggio in the early afternoon if you want to take the best of the event without too many people and then eventually remain until the sunset to see the atmosphere of the village with torchlight. Take into account that Friday and Saturday evening the village is usually full of youngsters so the environment can become quite boisterous.

Check the program for this years dates and activities on the official site and plan your itinerary!

Rapolano Terme: Relax in a spa

The village of Serre di Rapolano is small and can be visited in less tha a half day, so you could spend the rest of the day in relaxing warm thermal pools and go to nearby Rapolano Terme. You can find two spas in the village, both good choices. The first one is Terme Antica Querciolaia with a large outside area and different pools; the other one is Terme San Giovanni with a nice view over the countryside. 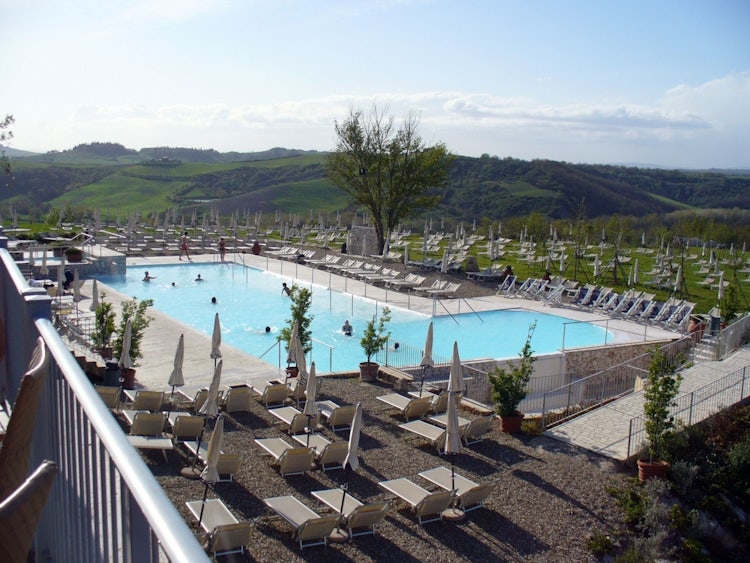 Finnish in origin, Minna has been living in Siena for almost 15 years. After so many years, this region still facinates her with all of its historical, artistic and culinary treasures, passions that she has always cultivated. Curious about many things, Minna loves to read, study and try new ideas. She loves to share her experience of her beloved city and the places she explores with her family, loving in particular the southern part of Tuscany.

Recommendation of what to do and see at your visit to this charming...

Podere Cunina is a charming farmhouse a few minutes outside of...